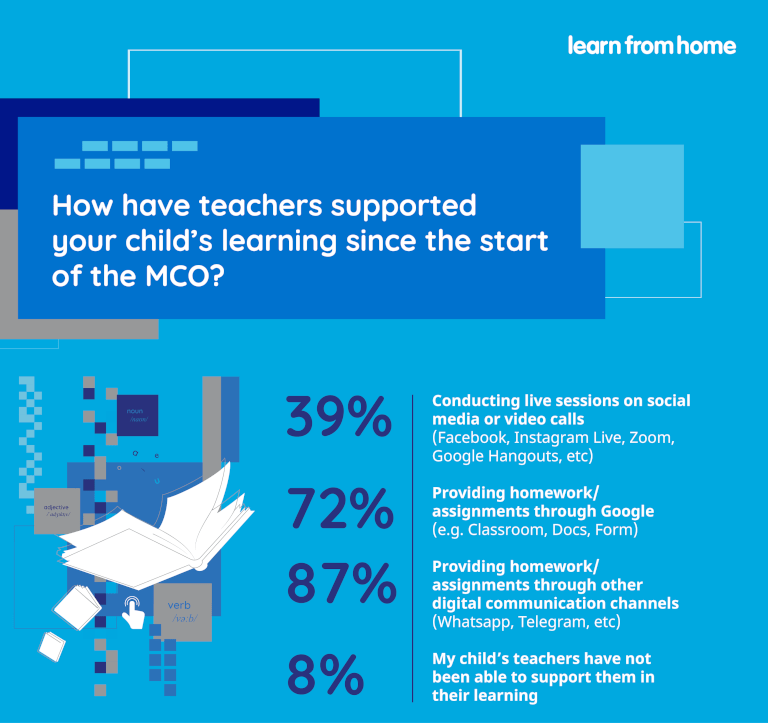 Part of a wide scale survey conducted on the Learn From Home programme, and the broader issues facing communities as a result of the MCO. The subsequent infographic is informed from this survey.

This feature provides a closer look at the Learn From Home programme, a cross-collaborative effort between multiple YTL companies and spearheaded by the Foundation. This team was named as one of the 2020 BTRT Awards winners.

Before COVID-19, online learning had a robust international presence, with Massive Online Open Courses (MOOCs) taking the lead in recent years. However, the vast majority of institutions worldwide were unprepared for the seismic shifts required when moving from the physical to the virtual, testing out various methods and inevitably ending up in what is now called the ‘Zoomer’ era of education. A core part of online learning in today’s world entails a flurry of Zoom conference calls across continents and utilising online resources as parts of the puzzle constituting the ‘new normal’.

Broadly speaking, the Malaysian education infrastructure was largely unprepared to transition to online learning rapidly, and as such, were caught off guard. In the face of a rapidly expanding environment where online learning has blossomed in due course, however, LFH has proven to be part of that flowering force. 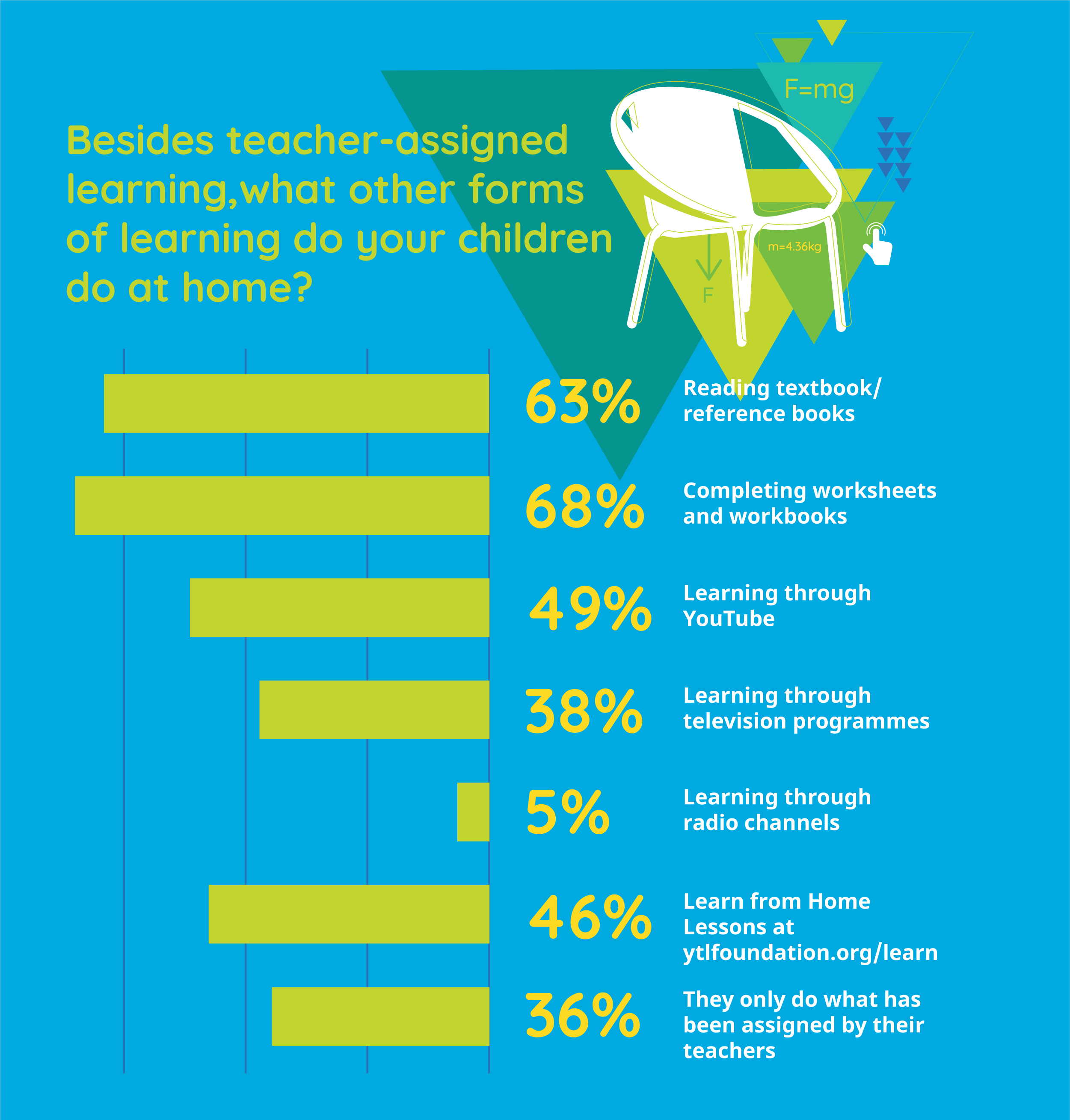 The LFH initiative was launched during the early stages of the Movement Control Order (MCO), as a cross-collaborative effort alongside YES and FrogAsia to alleviate any disadvantage students would face as a result of the MCO and provide learning opportunities at their doorsteps at no extra cost. As a baseline, all eligible families with children attending government schools were offered 40GB of data, for up to five kids per family. Lessons developed by Teach for Malaysia and FrogAsia were made to fit the current school syllabus and mapped out for the entire academic year. These were made available for free on the Foundation’s website, focusing on English, Science and Mathematics.

A jarring turning point occurred when a family with three children were photographed holding up their father’s death certificate. Their mother was unsure if her children were eligible for the SIM cards, as their father had recently passed on. The Foundation then got in touch with the family, finding out that not only did they fall under the B40 category, but they also had a handphone shared between everyone. As a result, they were afforded a SIM card and a new device, and their story led to a reevaluation of what the Foundation would be able to offer to B40 households. The Foundation then extended the initiative to include offering free phones and a 120GB, 12-month data plan to B40 families with children in public schools, whose households do not have access to smartphones or other smart devices.

Soon enough, as the LFH initiative gained momentum, requests from universities for similar aid were streaming in for free YES 4G data plans. The Foundation decided that offering assistance to students from institutions of higher learning (IPTAs) nationwide would be feasible, thus moving the initiative beyond schools. To date, this has materialised in a closer relationship between 40 IPTAs and YTL Foundation, to ensure the country’s future leaders are not disadvantaged due to lack of connectivity. At present, the LFH initiative will remain fully operational until the end of December and has materialised in 400,000 YES SIM cards with mobile data  as well as 100,000 mobile phones being handed out. A decision that has proven to help the community enormously, considering the return of the CMCO and continuous disruptions.

However, not only was the Foundation able to support the wider student population in the country, it took on the active organisation of after-school educational programmes online, aiding in the uninterrupted education of more than 120 students during the MCO period. These students were able to join the online lessons not only from its local community in Sentul, but also from places as far away as Kedah, Perak and Sarawak. Over this period of Zoom-centric learning which spanned five days a week, students found themselves enriched in subjects ranging broadly from music to mathematics. A number of parents have remarked that, above all, these lessons have provided students with ‘extra knowledge, ‘new things’ and an ‘exciting’ exploration of the rich tapestry of education.

Moreover, the online method of delivering information was found to increase overall productivity and led to more being achieved in less time. On a broader scale, the aforementioned lessons developed by Teach for Malaysia and FrogAsia have benefited thousands across the country, doubling up as lesson plans for teachers as well as revision guides for students in their preparation for examinations.

In these precarious and difficult times, staying at home can be tense for those who thrive in the chaotic energy of a physical classroom. Nonetheless, the Foundation’s efforts have demonstrated an appetite for alternatives to the former norm of one teacher to one classroom: there can, indeed, be a classroom where someone from Sentul and another student from another part of the country unite in a shared love of learning. In the words of a parent: ‘He is looking forward to each day.’ 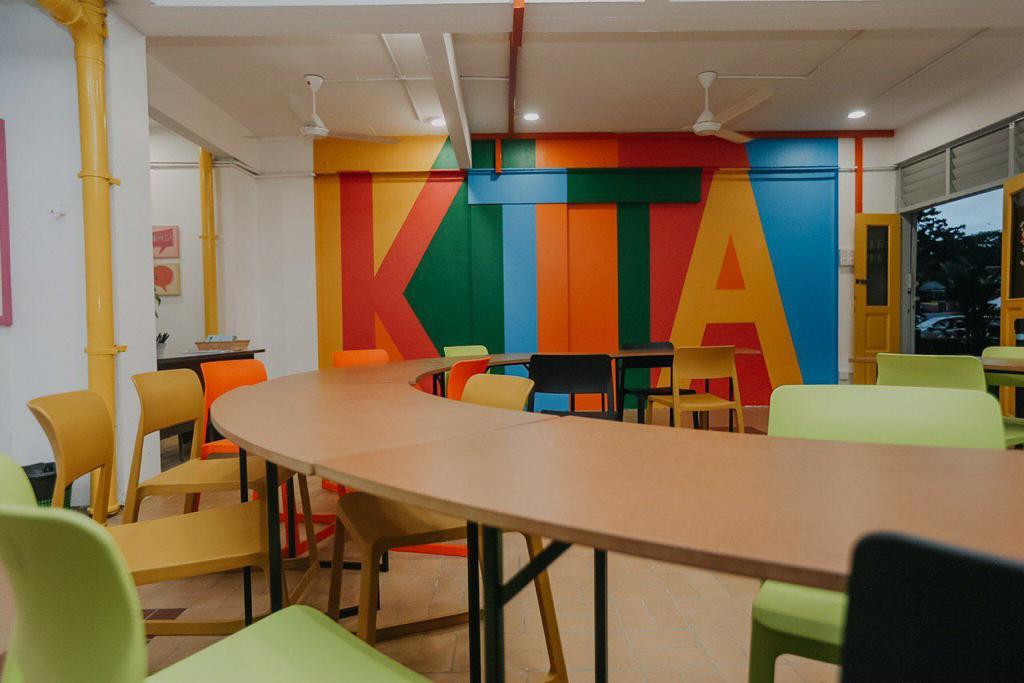 Building on the foundation set by the CLiC Centre, the Foundation has been engaged in the Kempen KITA initiative — alongside Sentul Raya Sdn Bhd, the Federal Territories Ministry, DBKL and PDRM — geared towards fortifying sustainable community-building through the means of providing a safe space where the community can gather. A highlight within ‘Ruang KITA’ is the Frog Classroom and Toy Library corner, supported by the Foundation as a means of supporting early childhood development. The overall campaign will benefit more than 7000 residents within the Seri Perak public housing area, where Ruang KITA is located. 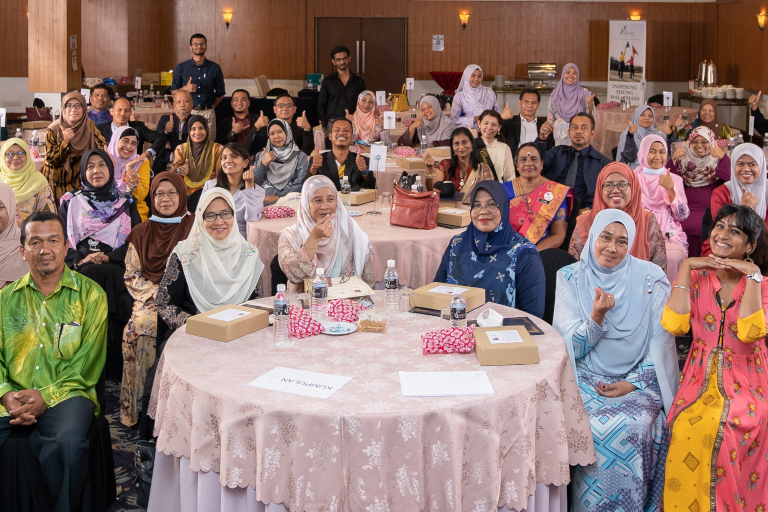 Over at PEMIMPIN GSL Malaysia, they are hard at work in trying to support the professional development of school leaders to drive high-quality learning instructions and positive culture that leads to improved student learnings. It is the hope that the PEMIMPIN leaders’ programme, which trains school leaders in public schools — supported by YTL Foundation — will provide school leaders with the needed motivation, skills and knowledge towards improving student outcomes and achievement. 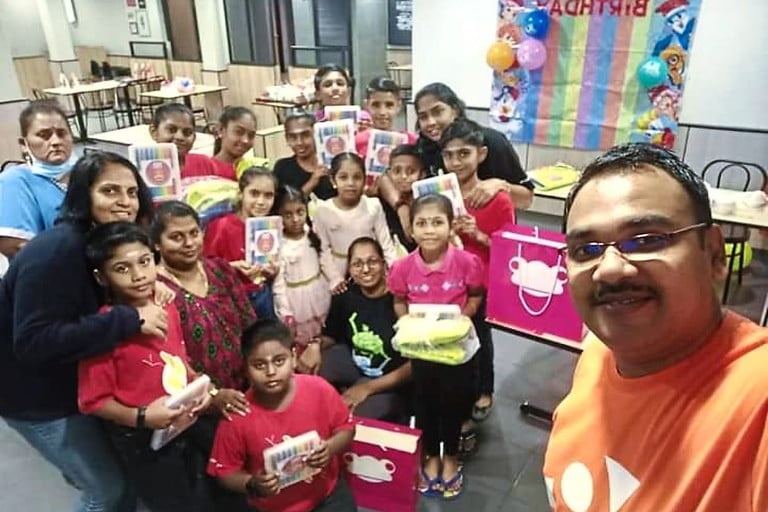 SJK(T) Ladang Elais, a small school in rural Johor with a total of 25 students, emerged victorious in the 2020 Frog World Championships, held by FrogAsia. Prior to their participation in the Championships, they were the recipients of a YTL Foundation Frog Classroom, which aided their transformation toward 21st Century learning. Over 3000 schools in 13 countries participated in this year’s championships, making this a major victory for the school. They hope to use the prize money to upgrade some facilities at the school, supplementing their main usage of the Frog VLE platform offered by FrogAsia. Congratulations to SJK(T) Ladang Elais! 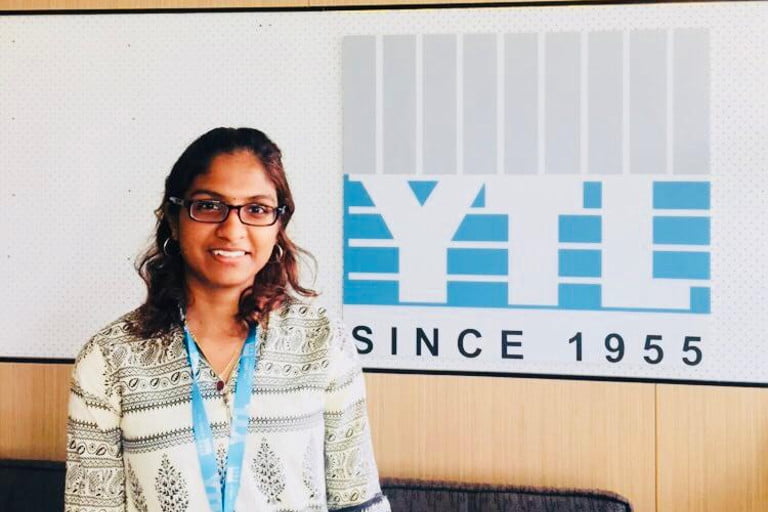 Rajes is a recent Accounting graduate from Universiti Utara Malaysia, where she excelled with a first. In 2020, she started a part-time initiative of her own as a personal shopper, working on Telegram to aid others with their shopping needs. Rajes who is passionate about education, is looking to further her academic aspirations in taxation. She is now based in Menara YTL as an Accounts Officer.