An Evening Dialogue on
Technology, Jobs and Education 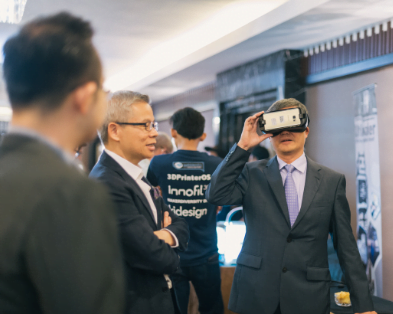 We collaborated with Singapore Management University (SMU) to present a dialogue session that discussed the importance of preparing future generations for the changes ahead.

President of Singapore Management UniversitySpeaker
The fourth President of Singapore Management University. He was previously Director of Judge Business School at the University of Cambridge. He was also associated with INSEAD for 23 years, where he held senior academic and administrative positions, including the Founding Dean of INSEAD's Asia Campus in Singapore. He holds a Master of Science in Electrical Engineering, as well as an MBA and PhD in Management from the University of Ghent, Belgium. His areas of interest include manufacturing, technology, and the implementation of new manufacturing technologies.

Deputy Chairman & Executive Director at Y3 Technologies
Moderator
Deputy Chairman and Executive Director at Y3 Technologies since June 2015. Prior to this, he was part of the DFS Group’s global leadership for over 10 years, holding the position of President at DFS Venture, and was also a company board member. He was also Executive Vice President of DFS Group, owned by the Louis Vuitton Moet Hennessy (LVMH) Group, and CEO of the East Asia region for PSA International in Singapore. He holds a Bachelor's degree with Honours in Mechanical Engineering and a Masters in Engineering Science.

Chief Executive Officer of YTL Communications Sdn Bhd
Panellist
CEO of YTL Communications Sdn Bhd. With a deep understanding of communications and Internet technologies, he constantly finds ways to innovate in this field. Prior to this, he led the product development of mobile Internet at Clearwire in the United States. He also held a senior management position at Sprint Nextel and spearheaded IT Architecture for the launch of the first nationwide wireless data network in the U.S.