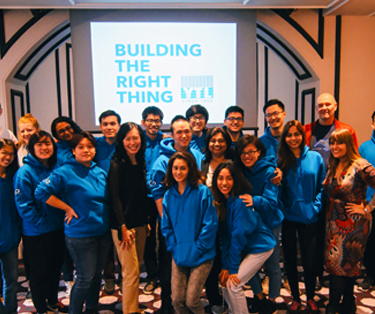 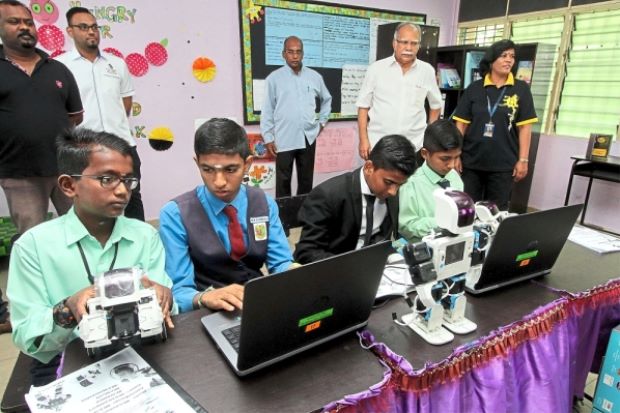 NIBONG TEBAL: Nothing seems to escape the QR code these days, including schools.

At SJK (T) Ladang Jawi, a QR code system that is linked to a database is used by teachers to assess the behaviour of their pupils.

Under the school’s information and communications technology (ICT) initiative, the 22 teachers bank on mobile devices to scan QR coded cards which are given to each of the 117 pupils.

The school’s ICT coordinator, B. Prabu, said the system, named ‘QRsikap’, would allow the teachers to track the behaviour of the pupils and encourage them to be good.

“Every month, the record is tabulated and the best pupils will be announced.

“We hope it will motivate them to behave well at all times,” said Prabu, who believed the system was the first to be implemented in schools in the country.

He was speaking at the launch of the programme by Deputy Chief Minister II Dr P. Ramasamy at the school here yesterday.

Apart from the system, the school also introduced dozens of other initiatives to integrate science and technology such as interactive ICT kiosks, robotics and 3D printing workshops, web designing and computer animation classes, online-based examinations and a STEM (Science, Technology, Engineering and Maths) studio.

The teachers are also able to access the minutes of meetings, school reports and attendance records with their mobile devices via the Internet while the interest of the pupils is kept alive through the Frog VLE (Virtual Learning Environment), which is simple, fun and engaging.The Frog Classroom is fully funded by YTL Foundation as part of its programme to transform classrooms throughout Malaysia into 21st Century learning spaces that promote technology-enabled and student-focused learning.

Every Frog Classroom is a space for students to learn creatively and also serve as a Frog Hub, which is a space for teachers in the community to learn and share new classroom experiences.

Ramasamy said science and technology was the way to go.

“Children sometimes get fed up with the textbooks and no longer have interest in the traditional method, so science and technology is the way to go.

“With smartphones, students want to be connected and do things hands-on,” he said.

Ramasamy, who is also Penang Education Committee chairman, announced a RM5,000 allocation for the school to install CCTV cameras.