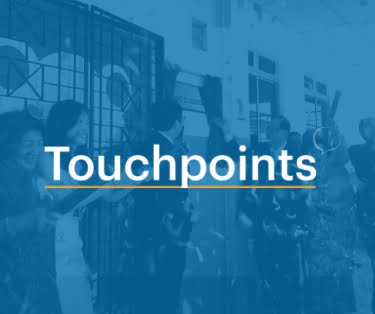 With a subsidy of RM300 through the Jaringan Prihatin for families, the Foundation is now able to offer enhanced data plans as part of the package.

In the December 2020 edition of Touchpoints, we took a closer look at the Foundation’s Learn From Home initiative (LFH): its origins, aims and achievements to date. Last time, we saw that the Foundation formed a collaboration with YTL Communications to offer SIM cards with free data to all students in government schools. This was followed by free phones being offered alongside a 120GB, 12-month data plan to B40 families with children in public schools, whose households do not have access to smartphones or other smart devices. Since then, further developments have been made.

This is the story of one such development: the Jaringan Prihatin x YES programme, in collaboration with YTL Foundation.

Jaringan Prihatin arrives at an opportune time. Well into 2020, it was apparent that home-based learning would continue in 2021. Since the establishment of LFH, the Foundation has received applications for free phones where demand has outweighed supply enormously. When the Government announced an allocation of RM1.5 billion to implement the Jaringan Prihatin, it was apparent that YES and the Foundation would be able to further press on with offering free phones, having been able to offer 100,000 smartphones by the beginning of 2021. As such, it made full sense to capitalise on the Jaringan Prihatin’s subsidy. By doing so, the Foundation would be able to meet the increasingly pressing demand for smartphones, while subsidising the remaining costs involved in procuring the smartphones and providing free SIM cards with data plans. With a subsidy of RM300 for families, the Foundation is now able to offer enhanced data plans as part of the package. This would allow wider access to devices and data plans, simultaneously ensuring the rakyat would not have to fork out an extra cent, which is not the case with other service providers.

The importance of these smartphones simply cannot be underestimated. As recently as early July, a news clip was featured on Astro Awani.

A grandmother, unable to afford her rent as a result of the MCO, living with two grandchildren. The camera pans in the direction of her grandchildren, sitting at a table: in hand, a YES Altitude smartphone, actively in use for an online lesson. It has become the case that in casting the proverbial net wider, we see those in dire need having access to a crucial gadget they would otherwise not have. This is, ultimately, the story behind the collaboration: one that affects a substantial amount of the population, made to broaden access while alleviating as much pressure as possible.

This is a story about bridging the divide. 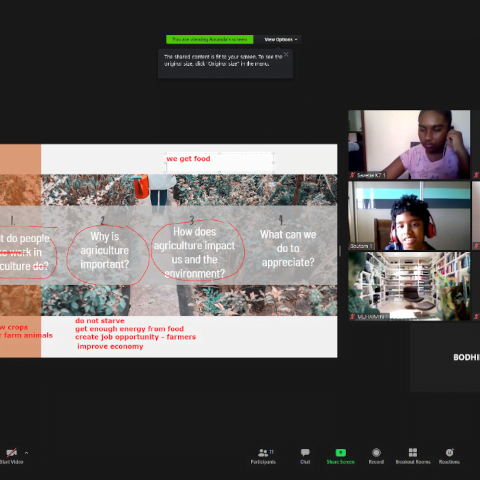 Building upon the series of “Empowering Students and Shaping a Socially Aware Generation Equipped with Social and Emotional Skills”, Leaps Academy ran its second holiday programme from 31st May to 4th June, conducted based on the book “Empowering Students to Improve the World in Sixty Lessons” by Professor Fernando M. Reimers from the Harvard Graduate School of Education. Around 50 participants between the ages of 7 and 16 participated in this programme, which seeks to offer students an understanding of the role of human rights and shared global challenges in shaping a socially aware generation equipped with both social and emotional skills. The programme seeks to help students appreciate globalisation and the opportunities it offers to collaborate across differences to improve the local and global communities, aligning with the UN Sustainable Development Goals. Participants were able to put what they learned into practice by interviewing their classmates and family members, as well as creating bar graphs. The 5 sessions were held daily, with each session lasting an hour and a half and conducted in both Bahasa Malaysia and English.

YTL Sustainability recently organised the 2021 YTL Sustainathon Earth Day Art & Photography Contest to promote and raise awareness towards Making a Good Future Happen and Building the Right Thing. A few students from Leaps Academy participated in the contest and successfully placed in the contest! Ryan and Khaira, both aged 10, won second and third place respectively. Ryan’s piece incorporates his interest in designing and building robots, inspired by a futuristic drone in a comic book and his mom’s vacuum cleaner. On the other hand, Khaira’s piece shows a turtle made out of rubbish and recycled items, aimed at raising awareness on sea pollution. Both Ryan and Khaira have been actively attending Leaps Academy drawing class. To see the winning artwork, visit BTRT Website 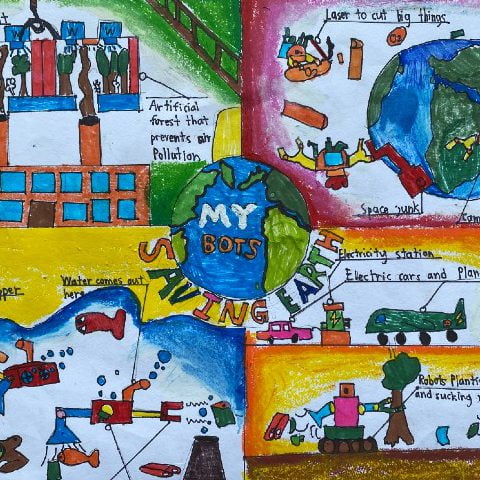 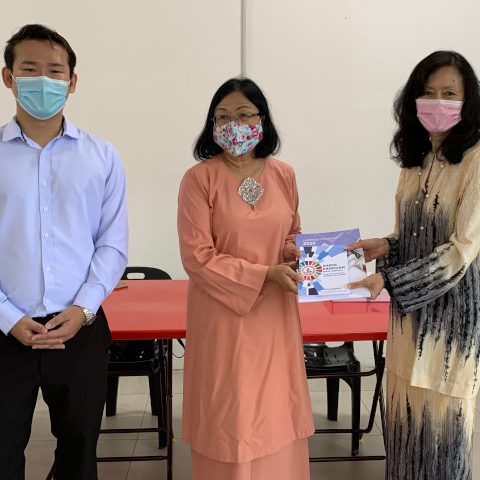 Tuition for a Cause

“Tuition for a Cause” is a community initiative to assist underprivileged children who have fallen behind in their studies, as a result of school closures throughout the MCO. Petaling Jaya MP Maria Chin and Petaling Jaya City councillor Bryan Ng Yih Min have collectively garnered resources to run this initiative at the Section 17 community hall, though classes are presently being virtually held due to MCO measures. YTL Foundation provided 15 Chromebooks, learning materials from the Learn From Home programme as well as volunteer teachers from Leaps Academy. Classes commenced on 8th May.

A total of 62 students between the ages of 7 and 17, from Section 17 and Kampung Baru Damansara in Petaling Jaya, have enrolled in English and Bahasa Melayu classes offered. All classes are carried out via Zoom, with six classes for primary school students and another six for those in secondary school held weekly.

This is a block of text. Double-click this text to edit itOn 29th May 2021, FrogAsia organised Leaps of Knowledge: Episode E(njoy What You Do and Who You Do It With) as part of a wider seminar series titled Leaps of Knowledge: the HEART series. Leaps: Episode E featured the premiere of an engaging documentary-style episode, offering insightful perspectives on what it means to make education enjoyable and engaging in the contemporary world. Two interactive Masterclasses by icons of Malaysian theatre and practitioners of Design Thinking were subsequently held, capping off the day with a fun networking session where participants exchanged thoughts. Click here to read more!. 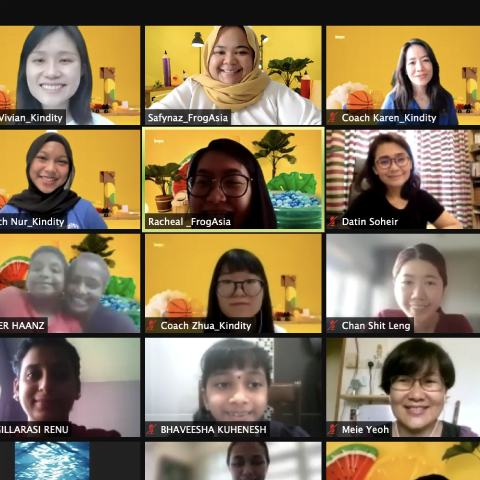 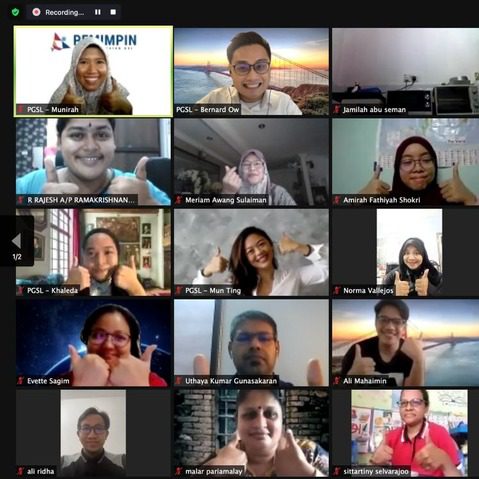 Throughout the pandemic, PEMIMPIN GSL has worked closely with school leaders and teachers nationwide, ensuring a continuity in quality teaching and learning in spite of the lockdown.

In June, they supported 160 school leaders and teachers nationwide by sharing best practices in data management. A leader from SKJT Ladang North Hummock in attendance offered insight into her usage of strategies in the virtual classroom apart from which, she also remarked on an improvement in student attendance improved upon employing such strategies in online learning. Marked changes have been noticed, with a parent observing an increased enjoyment of lessons from her daughter.
Read More

On 15th June 2021, Deloitte KidsEdu, a programme aimed at improving English, Science and Maths, marked its anniversaries in both the Klang Valley and Penang. On the same day, the programme, supported by YTL Foundation, was launched in Sarawak and Johor. Deloitte raised a total of RM80,000 in June 2020, with the amount going towards supporting students in their transition to online learning. 120 tablets were purchased and provided to students from PPR Desa Mentari, PPR Sri Pantai and Sekolah Kanak Kanak Terencat Akal (SKTTA), Penang, equipped with 40GB of YES 4G data, sponsored by YTL Foundation. In Penang, the Foundation provided 23 smartphones, fully equipped with one-year data plans. Since its founding, the programme has helped 400 students over a period of 600 hours.
Read More 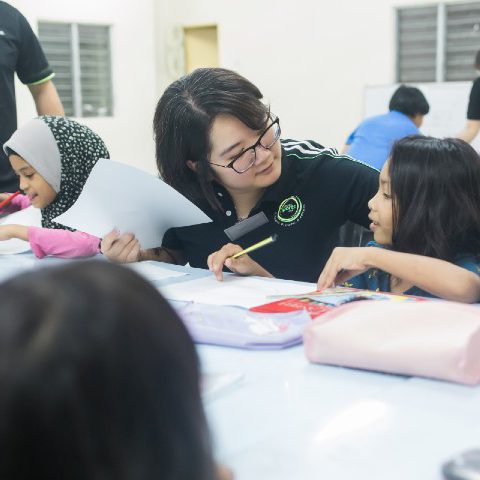 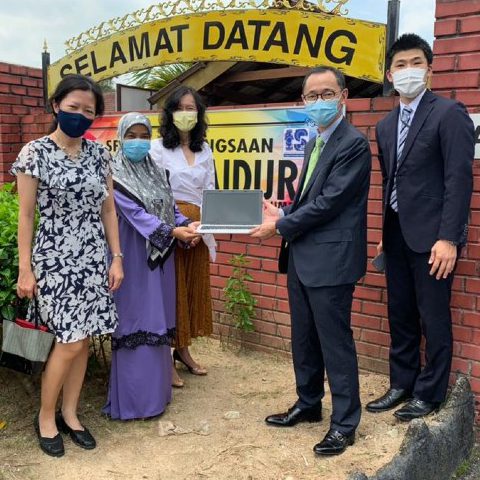 In May 2021, Sumimoto Matsui Banking Corporation Group (SMBC Group) partnered up with YTL Foundation to aid selected schools in Malaysia. A donation of RM410,000 was made by SMBC, which will go towards 206 laptops distributed to students from seven schools and face masks to eight schools. The Foundation offered free Yes SIM cards with a one-year data plan. As a result of this joint effort, the Foundation also formed a collaboration with Edspace as part of their ‘THE BIG GIVE’ campaign, which engages underprivileged mothers as seamstresses to produce face masks. A total of 10459 face masks were made and distributed.